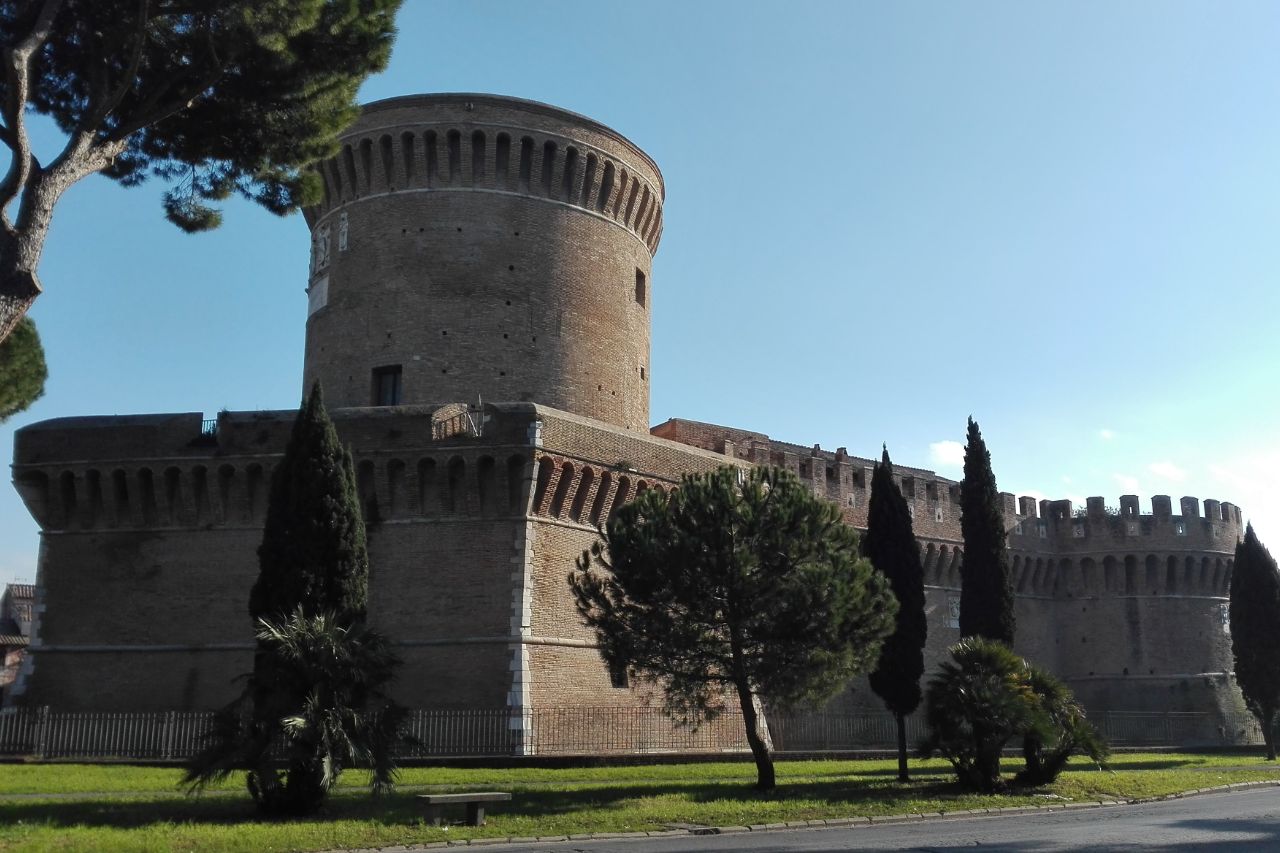 The Castle of Julius II is now open to the public!

After many years, the Castle of Pope Julius II, located in the enchanting framework of the Renaissance village of Ostia Antica, is accessible again. Thanks also to the support of local associations and private citizens, the castle re-opened under the direction of the Polo Museale del Lazio. It can be visited on Saturdays and Sundays from 9:30 am to 6:30 pm. Entrance ticket: 3,00 EUR. Click here to learn more about the (free) guided tours.

It was built between 1483 and 1486 by the bishop of Ostia, Cardinal Giuliano della Rovere, future Pope Julius II, incorporating the circular tower (1423-1424) built by Pope Martinus V. At that time, before the disastrous flood of 1557, the Tiber flew just under the castle, where now Viale dei Romagnoli lies. It was destined to control the river and to serve as a custom house. Inside the fortress, there is a monumental staircase frescoed by Baldassarre Peruzzi and other artists, including the Lombard Cesare de Sesto. In the 18th century it was used as a barn, and in the 19th century it hosted prisoners in charge of excavating the ruins of Ostia Antica. All pictures by Stefania Gialdroni.

Entrance to the Castle

0
0
News and Events, Walking through history in Ostia and Fiumicino

The decorated houses of Ostia Antica