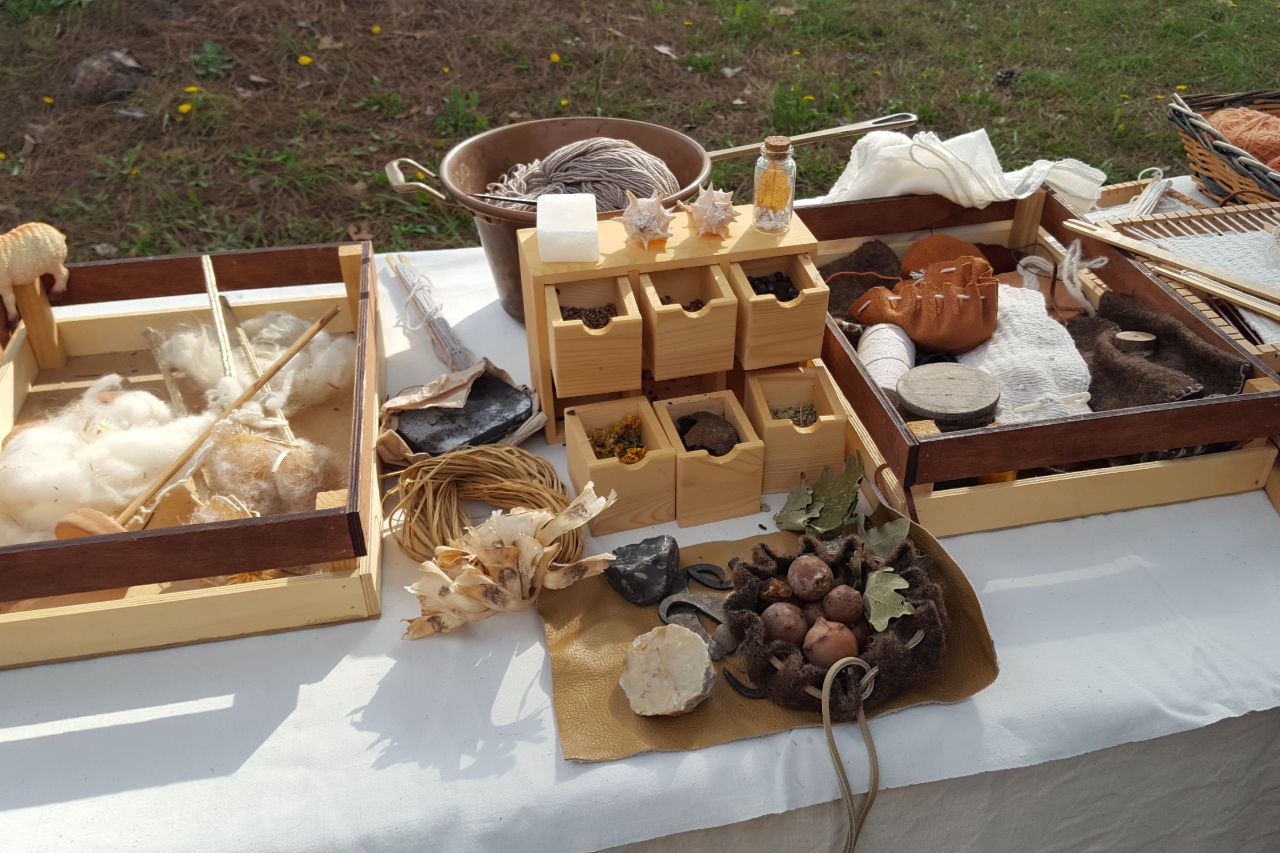 The event “Ostia Revivit” took place in the Archeological Park of Ostia Antica on the 29th and 30th September 2017. The event was organized by the Associations S.P.Q.R., Mos Maiorum and Romanitas.

During these two days the visitors had the opportunity to live a typical day in the ancient Roman city. Teaching activities were organized in the Square of the Corporations and behind the Capitolium. The associations’ members have explained several aspects of Roman daily life, like nutrition, cosmetics, playing, and artisanal activities.

For example, the scribe showed the type of writing used in daily life: not the inscriptions in capital letters that we usually find on the monuments, but a quicker cursive writing. There were reproductions of ancient objects and working tools, like a han loom, musical instruments, or an abacus (reconstructed thanks to archaeological remains), used for mathematical calculations.

The words “zero waste” were often said during the explanations: everything was used and re-used, from the fabrics to the products for cosmetics. It was surprising to learn about the great abundance of bread in ancient Rome: from the “panis candidus” eaten by rich people and for this reason named “luxurious” because made of very fine flour, to the “panis furfureus” (bread for dogs) because made of bran.

It was an opportunity to have a better idea about daily life in ancient Rome, and also a way to learn about different aspects that usually are left to the imagination of the visitor. The visit for the children was even more interesting and funny thanks to a treasure hunt.

Finally, it was a fascinating way for adults and children to approach ancient times and archaeology. 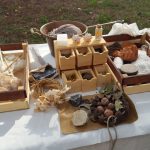 * Archeologist and official tour guide, collaborator of the association L’Info-Attiva di Ostia Antica in the framework of the project “Torno subito” financed by the Regione Lazio.

Tor San Michele: Michelangelo’s tower at the mouth of the Tiber

A day at the Necropolis of Portus