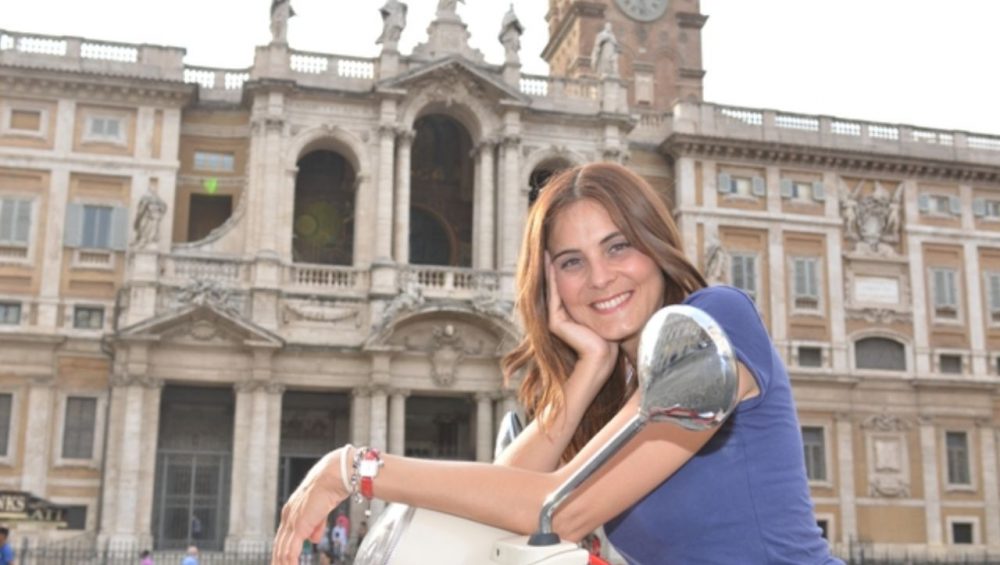 Why did you decide to become a tour guide?

I qualified as a tour guide in Rome, the city where I have lived for ten years, despite having trained as an archaeologist in Padua. When I moved to Rome, for me it was a bit like the realization of a dream. Of course, studying archeology I had already visited the city several times, but experiencing it was another matter entirely. I spent all my free time visiting archaeological sites and museums but I also began to get passionate about Raphael, Michelangelo, Caravaggio, the stories of noble families and the palaces of Renaissance and Baroque Rome.

So, when I had the opportunity to qualify as a tour guide, I didn’t miss the opportunity to make my passion my job. And this is only the beginning! Yes, because being a tourist guide is not a job like all the others and Rome is certainly not a city like any other … I like to think of my business as a path: very important is the study that takes me from time to time. aimed at getting passionate and wanting to deepen new topics (I am thinking for example of the architecture of the twenty years or contemporary street art).

But Rome is not only this, it is also its popular culture, its food, its neighborhoods, its sayings and for this reason I like to accompany tourists on a journey to discover all these curiosities. What is special about Ostia Antica for you?

I state that I am so in love with Ostia Antica that I decided to specialize in my work in touring its excavations but also to live there with my family and my children, so my answer will certainly be biased.

First of all the excavations. I would not like to spend many words about it because a lot of information can be easily found on the web, but I would just like to underline that a few kilometers from Rome are the remains of a city of 50,000 inhabitants perfectly preserved with its main buildings: theater, spa, forum , temples, homes, warehouses, shops and cemeteries.

And this in itself would be a valid reason to go as far as Ostia Antica, but I would like to say a few more words about its context: Ostia Antica, although physically part of the municipality of Rome, has a very different identity. Once off the metropolitan train that takes us here, you can already breathe the sea air and are struck by the large amount of maritime pines. Ostia Antica is a small village that has preserved its integrity, where the big city seems only a memory and the inhabitants know each other by name, all framed by the nature of its countryside.

This context is clearly perceived when looking out over its small but pretty village within which stands the imposing mass of the castle of Julius II. Precisely for all these reasons I decided to join my members in the adventure of creating Visit Ostia Antica, a social promotion association whose purpose is precisely the enhancement of Ostia Antica and the Roman coast. What are your favorite tours?

The classic tour of Ostia Antica is one of the most requested and it is a tour that I always enjoy as it always leaves the people I accompany satisfied well above their expectations.

My favorite tour however is the combined Ancient Rome and Ostia Antica. I recommend it to all those who would like to have a true full immersion in antiquity. You can spend the first day (or half a day) visiting the symbolic places of ancient Rome: the Colosseum, the Roman Forum and the Imperial Forums, in order to get a general overview of the city. The following day (or in the afternoon, depending on the time available) you can reach Ostia Antica, starting right from the station in front of the famous pyramid of Cestius, a real mausoleum built in the 1st century BC, and visit the city. This gives the opportunity to go into more detail of some peculiarities of Ostia, such as its port vocation and the various cults connected to it.

To complete this already very rich itinerary, I would also suggest a visit to the National Archaeological Museum and the Baths of Caracalla.

With the whole package, you take home an unforgettable experience and a real insight into ancient Rome.