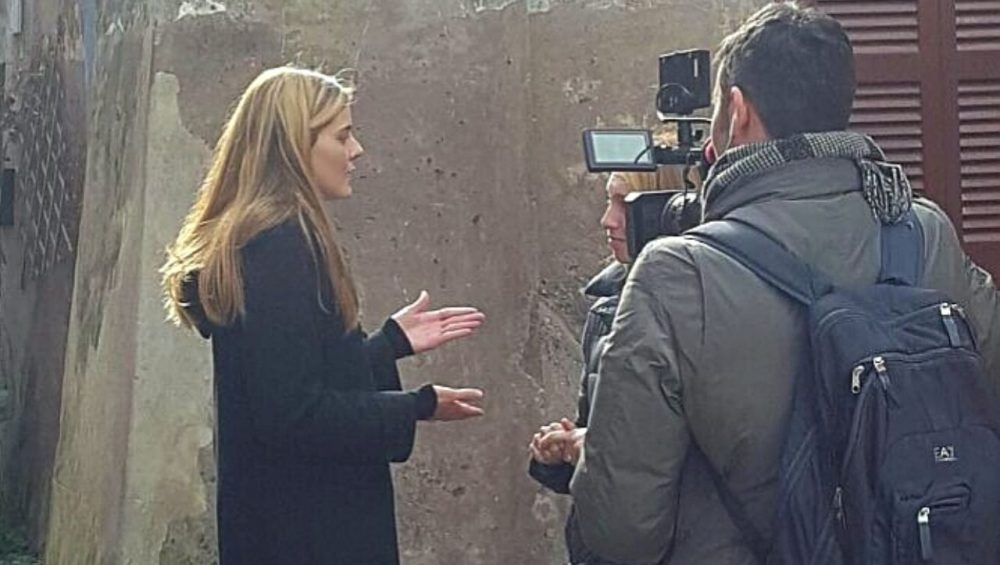 The Castle of Julius II, a jewel of Renaissance military architecture, is the symbol of the village of Ostia Antica, together with the contemporary basilica of Sant’Aurea. Despite its importance, the castle, located about one hundred meters from the entrance to the famous archaeological excavations of Ostia Antica, is often ignored by tourists..

However, the few who arrive inside the walls of this timeless place find themselves in front of a closed door: the castle has in fact been inaccessible since 2014. On the recommendation of the archaeologist Claudia Di Tomassi, a Sky TG24 crew decided to see us clearly by interviewing , in addition to Dr. Di Tomassi, also the archaeologist Maria Rita Bertoncini of the Info-Attiva of Ostia Antica and the representatives of the local pro loco, for years engaged in the battle for the reopening of the castle.

In the report, edited by Ilaria Iacoviello, it is also evident how the walls of the village – dating back to the 9th century, when Pope Gregory IV wanted to fortify the small town – have been imprisoned for many (too many) years in scaffolding that seem almost now needing a restoration themselves.

The village was reborn at the end of the 15th century, when Cardinal Guglielmo D’Estouteville, bishop of Ostia and Velletri, had the terraced houses built (still inhabited today) and the Basilica of Sant’Aurea (designed by the Florentine architect Baccio Pontelli). The church was next to the tower built by Pope Martin V in 1420 to defend the Tiber, then incorporated into the castle built by Cardinal Giuliano della Rovere, future Pope Julius II, between 1483 and 1487. also the extraordinary monochrome frescoes by Baldassarre Peruzzi, depicting scenes from Trajan’s war against the Dacians. Trajan, a great leader and promoter of the construction of the nearby hexagonal basin, inspired Julius II, also known as “the warrior pope”.

Until 1 * September 2016, the village and its castle fell within the protection powers of the Archaeological Superintendency of Rome. With the creation of the new archaeological park of Ostia Antica, which today also includes the archaeological sites of the imperial ports of Claudius and Trajan and the Necropolis of Porto (both located in the municipality of Fiumicino), the castle was assigned to the competence of the Polo Museale del Lazio. The next few months will be decisive to understand if and when the castle will be accessible to the public again.