The Castle of Julius II in Ostia Antica 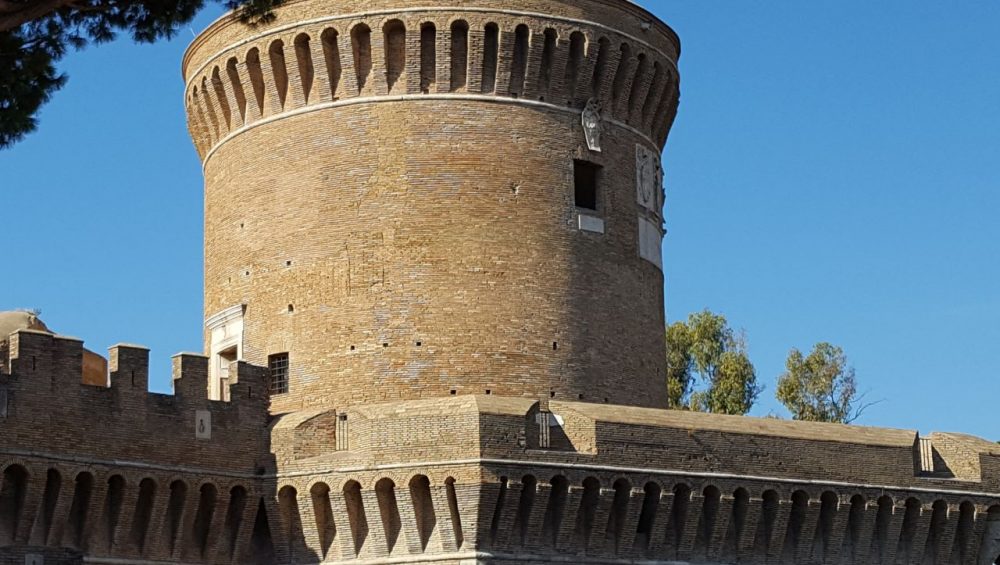 Just in front of the archaeological area of ​​Ostia Antica is the equally interesting medieval area, the so-called “Borgo”. It was founded in the 9th century by Gregory IV for defensive purposes, as the inhabitants found refuge from Saracen raids inside.

The Castle is open every weekend from 9.30 to 18.30 and it is possible to participate in guided tours.

Its construction is due to Pope Julius II (1503-1513), who incorporated the ancient keep of Martin V (1423-1424) into the new construction. The Pontifical Customs House was located in the fortress, which regulated the payment of the gabelles for goods arriving in Rome by sea. The presence of water was decisive for the construction: in the past, in fact, there was a moat, connected to the river through a tunnel, right around the tower. The historic flood of the Tiber river in 1557 changed its course near the castle, moving away from it to follow a new route. This tragic event also caused the transfer of the Customs first to Tor Boacciana and then to Tor San Michele.

Inside it is possible to perceive its defensive importance, but also the changes it underwent over time, becoming a luxurious residence, thanks to the transformations desired by Julius II. The pontiff in fact had a real papal apartment built, with a monumental staircase frescoed by Peruzzi, while some rooms were intended for particular use, such as the circular one used as a bathroom.

From the architectural point of view, the castle testifies to the moment of transition between the old medieval fortification systems (keep) and the new needs for renovation (polygonal bastion).

The tour starts from below, along the gallery of the casemates, to reach the crenellated walls and the keep, from which you can enjoy an extraordinary view of Ostia Antica.

Archaeologist and licensed guide of the province of Rome, collaborator of the cultural association L’Info-Attiva of Ostia Antica as part of the Lazio Region project “I’ll be right back”