The church of Sant’Aurea in Ostia Antica 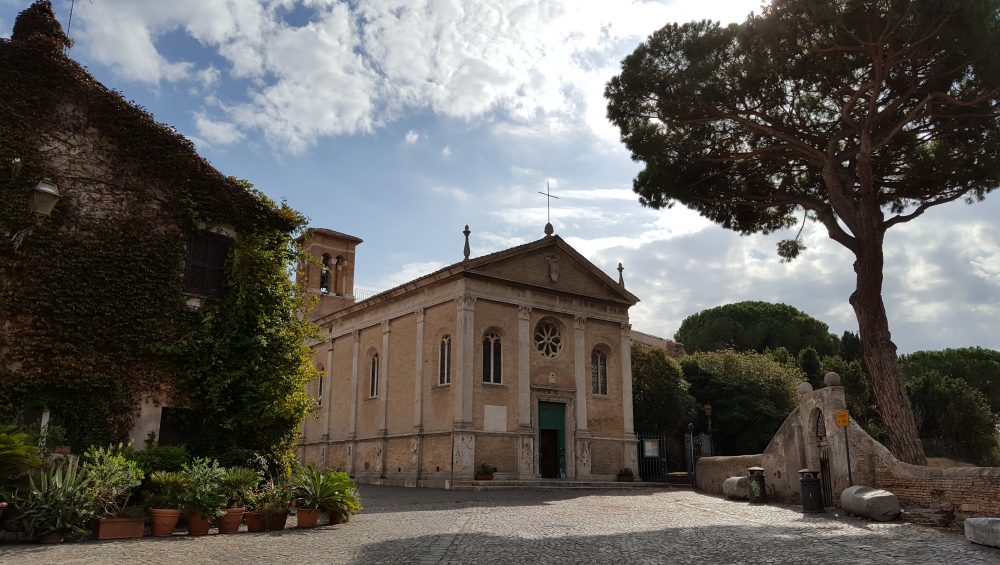 Another symbol of the Borgo di Ostia Antica is represented by the church dedicated to Sant’Aurea. There is little news regarding the saint. From the Acts of the Martyrs we know that she came from a noble Roman family and that she was martyred under Claudius the Gothic in the third century. His body, thrown into the sea and carried ashore by the waves, was buried “foras muros portae Ostiae”, in an area already used for burials in the imperial age.

The Church was built on a primitive paleochristian structure, but with an opposite orientation compared to the previous one. It was restored several times during the Middle Ages and rebuilt in 1483 under Cardinal Giuliano Della Rovere, who chose the architect Baccio Pontelli.

The red of the bricks of the facade contrasts with the white travertine of the pilasters, decorated at the base with trophies of arms, reminiscent of classical iconography. On the pediment there is the coat of arms of Cardinal Della Rovere and below a rose window with eight lobed segments, flanked by two splendid mullioned windows.

The interior has a very simple plan: a single nave with a square apse at the bottom, where there is the canvas attributed to Andrea Sacchi depicting the martyrdom of Saint Aurea.

To the left of the altar you can see a marble column, dated to the fifth century, which bears the inscription “S.AUR” on the shaft, testifying the probable presence of the primitive church dedicated to the martyr in this place.

Other finds are kept in the chapel dedicated to Santa Monica, which opens on the right: the epigraph “Chrise hic dormit”, referable to Sant’Aurea, as in ancient sources it is mentioned with this name; and a sepulchral plaque commemorating the ancient cult of Santa Monica, mother of Sant’Agostino, who died in Ostia and is buried here.

The bell tower, on the rear left side of the church, was built by Cardinal Carafa in the 16th century, but rebuilt after an earthquake in the 18th.